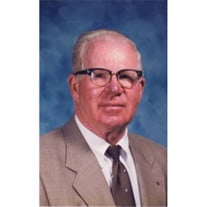 Sutton resident Charles L. Finley, 79, died Friday, August 26, 2011, at the Sutton Community Home in Sutton, NE. Memorial services will be 11:00 a.m., Saturday, September 17, 2011, at Sutton Memorial Chapel with Pastor Martha Nordt officiating. There will be no visitation; Charles requested his body be donated for scientific research. Memorial contributions may be directed to the family to be designated at a later date. Charles L. Finley was born October 7, 1931, at Overbrook, KS to Edgar and Alta (Baldwin) Finley. He received his education at Overbrook, KS, the U.S. Navy, Chadron State College and the University of Nebraska at Lincoln. On August 14, 1955, he married Marjorie M. Barnes in Topeka, KS. He was employed with the U.S. Navy, Goodyear Tire Industry in Topeka, KS and in public education as a teacher, coach and superintendent of schools. He retired in 1994 and enjoyed winters in Gold Canyon RV and Golf Resort in Arizona. Charles developed Melanoma Cancer and Heart Disease and deeded his body to the Anatomical Medical Department at the University of Nebraska at Omaha. He was a member of the American Legion, Veterans of Foreign Wars, the USS Guerke (DD-783), Nebraska Education Association and the APGA (American Personnel and Guidance Association). He is survived by his wife Marjorie of Sutton, NE; daughter and son-in-law Deborah and Lyle Scranton of Grand Island, NE; son and daughter-in-law, Michael C. and Carol Finley of Sutton, NE; grandchildren Angela and Brett Zimmerman; Sam, Jessica and Vince Watson and Jordane Taylor Finley. He was preceded in death by his parents and a brother Edgar William Finley, Jr.

The family of Charles L. Finley created this Life Tributes page to make it easy to share your memories.

Send flowers to the Finley family.