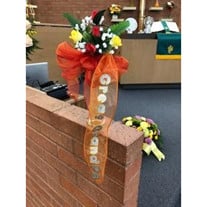 Sutton resident Dwain V. Manthei, 86, passed away Thursday, August 30, 2018, at the Henderson Care Center in Henderson, NE. Funeral services will be conducted at 11:00 a.m., Saturday, September 8, 2018, at the Federated Church in Sutton, NE with Rev. Mary Scott officiating. In honoring his wishes, cremation will take place after the service. Private inurnment will be at the Sutton Cemetery at a later date. Visitation will be one hour prior to the service at the church. Memorial contributions may be directed to the family to be designated later. Dwain V. Manthei was born September 24, 1931, to Edwin and Edna (Dahlgren) Manthei at their home in Eldorado, NE. He attended country school until his freshman year when he went to Sutton Public Schools where he graduated in 1949. After graduation, he enlisted in the United States Army during the Korean War. One of his favorite memories was seeing Marilyn Monroe. He married Harriet Throne on January 13, 1969, in Belleville, KS. He worked at Co-op and later worked for various farmers. His last employment was for Mau's Salvage Yard. He is survived by his daughters, Carman Ulmer of Sutton, NE; Ginny (Steve) Pearson of Sutton, NE; son, William Manthei and his fiancé, Shelly Alm of Beatrice, NE; grandchildren, Benjamin (Ashley) Ulmer of Fairmont, NE; Tasha (Mikaela) Bauer of Grafton, NE; Joe Ulmer of Grafton, NE; Katrina Ulmer of Lincoln, NE; Shayleen (Alex) Jones of Sutton, NE; Alexandria Casper of Sutton, NE; and Kyle Manthei and special friend, Dayle Tolle of Lincoln, NE; great-grandchildren, Bentley and Emmarie Ulmer of Fairmont, NE; Creighton, Kaige and Porter Jones of Sutton, NE; and son-in-law, LaVerne Ulmer of Sutton, NE. He was preceded in death by his wife, Harriet; parents, Edwin and Edna Manthei; two brothers, Jerry and Dwight Manthei; and two sisters, Elaine Boyes and Kathleen Lehman.

The family of Dwain V. Manthei created this Life Tributes page to make it easy to share your memories.

Send flowers to the Manthei family.