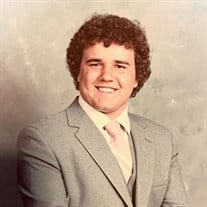 Former Harvard, NE., resident Gregory Allen Samuelson, 55, passed away Friday, June 25, 2021, at Edward Hospital in Naperville, IL., after a brief illness. Funeral services will be conducted at 2: 00 p.m., Friday, July 9, 2021, at the Aurora Evangelical Free Church in Aurora, NE., with Pastor Vance Christie officiating. Interment will follow at the Harvard Cemetery in Harvard, NE. Visitation will be Thursday, from 1 p.m. – 7 p.m., with the family present from 4 p.m. – 6 p.m., at Sutton Memorial Chapel in Sutton, NE. Services will be live-streamed from Sutton Memorial Chapel's Facebook page https://www.facebook.com/suttonmemorial beginning at 2:00 p.m. Memorial contributions may be directed to the family to be designated later. Greg was born on June 9, 1966, in Hastings, NE to Gary Lee and Sandra Kay (Gerlach) Samuelson. Greg was the fifth generation to live on the Gerlach farm. Growing up, Greg attended K-12 Harvard public schools and was active in football and wrestling. In high school, he played tackle and in his senior year scored a defensive touchdown against Franklin, a highlight of his career. In wrestling, he went to State for three years, placing second his senior year and helping his Harvard team secure a state championship. Greg graduated from Harvard High School in 1984. After high school, Greg attended Nebraska Wesleyan University and played football for two seasons. He then transferred to the University of Nebraska and graduated with a degree in Business Education, followed by a Master’s in Business and Technology. After college, Greg taught high school business in Bertrand, NE., and coached wrestling. He later moved to Dallas TX and worked for Consolidated Freightways in their Account Management Center. His career path took him to Chicago IL where he worked for Conway, Menlo and Sears logistics for over 15 years. Greg was a passionate and lifelong sports fan, both cheering and chastising his teams. Friends remember his laugh and witty expressions that were uniquely his. Long before Facebook, there was Greg, who called on friends, kept everyone updated and brought laughter to those lucky enough to be in his circle. Greg is survived by his parents, aunts, uncles, cousins and a multitude of friends across the country.

The family of Gregory Allen Samuelson created this Life Tributes page to make it easy to share your memories.

Send flowers to the Samuelson family.