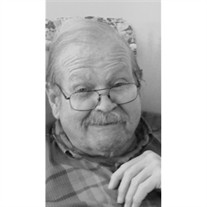 Sutton, NE resident James Joseph Grady, 70, passed away Friday, October 10, 2014, at Fairview Manor in Fairmont, NE. Memorial services will be 2:00 p.m., Wednesday, October 15, 2014, at Sutton Memorial Chapel in Sutton, NE with Rev. Martha Nordt officiating. No visitation cremation has taken place. Memorial contributions may be directed to the Stanton, NE Rescue Squad or the donor's choice. James Joseph Grady was born on October 13, 1943, to Floyd E. and Augustina V. (Broskoske) Grady in Queens, NYC, New York. He was the second of six children. When Jim was 5, the family moved to North Platte, NE, where his father was the hospital administrator and his mother was an RN. The family lived in North Platte, Bridgeport, Cozad, and Broken Bow, NE as his father pursued his hospital administration career. Jim graduated from Cozad High School in 1961, and from Kearney State College in 1968 with a BS in Physical Science Education. He married Carole Jane (Cushing) on January 26, 1968. The couple taught in several schools, including Walthill, NE, Herndon, KS, the Rosebud Reservation headquartered in Mission, SD, Newcastle, NE, and Stanton, NE, the latter which was for 21 years. His last teaching position was from 2002 to 2004 in Sutton, NE. He retired in 2004 due to ill health. Jim has resided in a nursing facility since 2010. Jim was an active member of Stanton Rescue Squad for 16 years; Stanton Public Library Board; Stanton and Sutton Education Associations, and NE State Education Association. He was also a member of the Way of Grace Fellowship of Sutton. Jim wrote poetry and belonged to Chaparral Poets and Spindrift Poets clubs. James is survived by his wife, Carole of Sutton, NE; three sons, Richard of Omaha, NE; Mitchell (Melissa) of Anaconda, MT; William of Denver, CO; three granddaughters, Blythe Grady of Omaha, NE; Esme and Iris Grady of Anaconda, MT; sister, Susan (Dennis) Bristol of Omaha, NE; brother, Frederic of Stanton, NE; three nephews and their families, David (Carlota), Joseph (Stephanie), and Michael Bristol. Preceding him in death were his parents; his daughter, Karen, stillborn in 1972; his brother, Charles, in 1975; his brother, Floyd, in 1986; his sister, Marianne, in 1997 and a niece, Danielle, in 2000.

The family of James Joseph Grady created this Life Tributes page to make it easy to share your memories.

Send flowers to the Grady family.