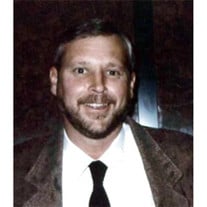 Hastings resident Larry "Butch" D. Manthei, 69, passed away Sunday, June 17, 2018, at his home in Hastings, NE. Memorial graveside services will be conducted at 11:00 a.m., Saturday, June 30, 2018, at the Grafton Cemetery in Grafton, NE with Chaplain John Mueller officiating. A luncheon for family and friends will follow at the Grafton Community Center in Grafton, NE. In honoring his wishes to be cremated there will be no visitation or viewing. Memorial contributions may be directed to the family to be designated later. Larry was born on April 22, 1949, in Hastings, NE to Gerald and Lola Mae (Boyes) Manthei. Larry was baptized at St. Mark's Lutheran Church in Sutton, NE and confirmed in Trinity Lutheran Church Grafton, NE. Larry received his education in Fairmont graduated from Fairmont High School in 1967. He enlisted in United States Army May 15, 1969, where he served as Military Police until he was honorable discharge on May 5, 1971. Larry was united in marriage to June Barnes Manthei on November 20, 1988, in San Juan, Puerto Rico. A year later they were blessed with the birth of their only daughter Jillian Paige. Larry graduated flight school in 1975 and flew as an aerial crop duster for 44 years, most recently working for Dave Stewart in Smith Center, KS. Larry worked in numerous communities around Nebraska, including York, Minden, Central City, McCool Junction and in Colorado, South Dakota and Oklahoma. Larry was hard working and could fix anything. Larry loved his family and his granddog Betsey. Larry is survived by his wife, June of Hastings, NE; daughter, Jillian of Lincoln, NE; sister, Karen and husband Jim Adams of York, NE; 2 brothers, Dick and wife Rhonda Manthei of Waverly, NE; Ed and wife Shawnie Manthei of Geneva, NE; and numerous nieces and nephews. He is preceded in death by his parents.

The family of Larry D. Manthei created this Life Tributes page to make it easy to share your memories.

Send flowers to the Manthei family.