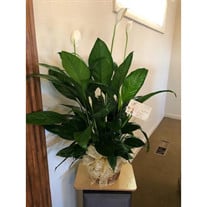 Superior, NE resident Larry G. Yost, 72, passed away Friday, November 16, 2018, at his home in Superior, NE. Funeral services will be held at 2:30 p.m., Tuesday, November 20, 2018, at Sutton Memorial Chapel in Sutton, NE with Pastor Mary Scott officiating. Interment will follow at the Harvard Cemetery. Visitation will be Monday, from 2 p.m. - 8 p.m., with the family greeting friends from 5 p.m. - 7 p.m., at Sutton Memorial Chapel in Sutton, NE. Memorial contributions may be directed to the family to be designated later. Larry was born September 2, 1946, in Superior, NE to Walter H. and Elvine (Gerlach) Yost. He graduated from Harvard High School where he excelled academically and athletically in all sports, but his passion for baseball took him to the University of Nebraska to play baseball. He married Sharon Perrien of Sutton, NE in 1964 and they had two children Scott and Stacy. They later divorced in 1988. He began his career with Paxton Vierling Steel Company selling across the State of Nebraska. He was an entrepreneur at heart, involved with and/or starting multiple businesses over his career. (Westside Lanes, Storage Units and Superior Pawnee Computer Society, Inc. to name a few). He always wanted to make a mark by finding ways to better the community. He implemented and led the fund-raising effort to build the new Grand Island YMCA. Larry was a member of the Grand Island City Council from 1974-1975 and ran for mayor in 1980. He married Sharon Dennis in 1999 in Dallas, TX. Larry was a big sports advocate and recently began the Superior youth soccer program. He is survived by his wife, Sharon of Superior, NE; son, Scott and wife DeAnn Yost of Austin, TX; granddaughters, Brooke Yost of Phoenix, AZ; Erika Yost of Norman, OK; stepson, Mike Dennis of Sutton, NE; stepdaughter, Michelle Koch of Hastings, NE; step-grandchildren, Alana; Trystan; Jamyn; Kieran all of Hastings, NE; brother, Dale Yost of Harvard, NE and numerous nieces and nephews. He was preceded in death by his parents and daughter, Stacy Lynn Yost.

The family of Larry G. Yost created this Life Tributes page to make it easy to share your memories.

Send flowers to the Yost family.