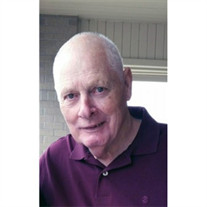 Clay Center resident, Robert H. Bennett, 84, passed away Tuesday, March 6, 2018, at his home in Clay Center, Nebraska. Funeral Services will be held at 10:30 a.m., Monday, March 12, 2018, at the United Church of Christ in Clay Center, Nebraska. Interment will follow at the Clay Center Cemetery, with full Military Honors. Visitation will be held on Sunday, March 11, 2018 from 1:00 p.m. until 8:00 p.m. with family present from 5:00 p.m. until 7:00 p.m. at McLaughlin Funeral Chapel in Clay Center, Nebraska. In lieu of flowers, memorial contributions may be directed to the family for further designation. Condolences may be left at www.mclaughlinchapel.com Robert Harold Bennett was born June 22, 1933 at home in rural Ewing, Nebraska to Wilbur P. Bennett and Mary L. (Shrader) Bennett. He received his education and graduated from Ewing High School in 1950. He proudly served in the United States Air Force from 1953 through 1957. He married Shirley Meagher at March Air Force Base in Riverside, California on March 3, 1956. He had various jobs before being employed at the Beef Research Station at Fort Robinson, Nebraska. A job he dearly loved. From there he was employed at the Meat Animal Research Center in Clay Center, Nebraska. After 36 years of service he retired in 1996. Bob was a 50 year member of the Clay Center Legion Post 87. He also had a passion for woodworking, rodeos and the western way of life. He especially enjoyed "spreading knowledge" with his morning coffee group. Bob was very passionate about family time and loved being surrounded by his children, grandchildren and great grandchildren, the pride of his life. He is preceded in death by his wife, Shirley, parents, brother and sister. He is survived by his daughters, Barb (Steve) Snell of Guide Rock, NE; Diane (DeeDee) Bennett of Kearney, NE; Jerri (Fred) Knapple of Juniata, NE; Sandy(Todd) Bitterman of Broken Bow, NE; son, Robert "Troop" (Paula) Bennett, Jr. of Sargent, NE; eight grandchildren, Mary, Casey and JayDee Snell; Chandra and Charmagne Bitterman; Kaitlyn and Lane Bennett; and Libby Knapple; three great-grandsons, Jaxon; Braedyn and Reed Snell.

The family of Robert Harold Bennett created this Life Tributes page to make it easy to share your memories.

Send flowers to the Bennett family.