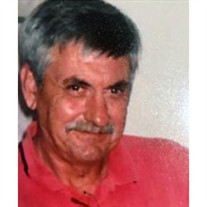 Sutton resident, Virgil "Virg" David Ulmer, 68, passed away Sunday, March 18, 2018, at Mary Lanning Healthcare in Hastings, NE. Funeral services will be conducted at 10:30 a.m., Thursday, March 22, 2018, at Emmanuel Reformed Church in Sutton, NE with Rev. Joe Vusich officiating. Interment will follow at the Sutton Cemetery. Visitation will be Wednesday, from 2 p.m. - 8 p.m., with the family present from 6 p.m. - 8 p.m., at Sutton Memorial Chapel in Sutton, NE. Memorial contributions may be directed to the family to be designated later. Virgil "Virg" David Ulmer was born June 25, 1949, at Mary Lanning Memorial Hospital to Herbert and Myrna (Holtz) Ulmer. He received his education at Sutton High School and Doane College. He served as mayor and city administrator for the City of Sutton. He was a member of the American Legion and the Emmanuel Reformed Church. He also served in the Army National Guard. Virg spent many years serving his community and enjoyed spending time with his family. He is survived by his mother, Myrna Ulmer of Sutton, NE; daughter, Ashley Bronson of Waco, NE; brother, Kevin Ulmer (Mona) of Pleasant Hill, IA; sister, Gail Eliason (Bill) of Topeka, KS; granddaughters, Keelie and Charlee Bronson of Waco, NE; two nephews, and one niece. He was preceded in death by his father, Herbert D. Ulmer and grandson, Noah Bronson.

The family of Virgil David Ulmer created this Life Tributes page to make it easy to share your memories.

Send flowers to the Ulmer family.